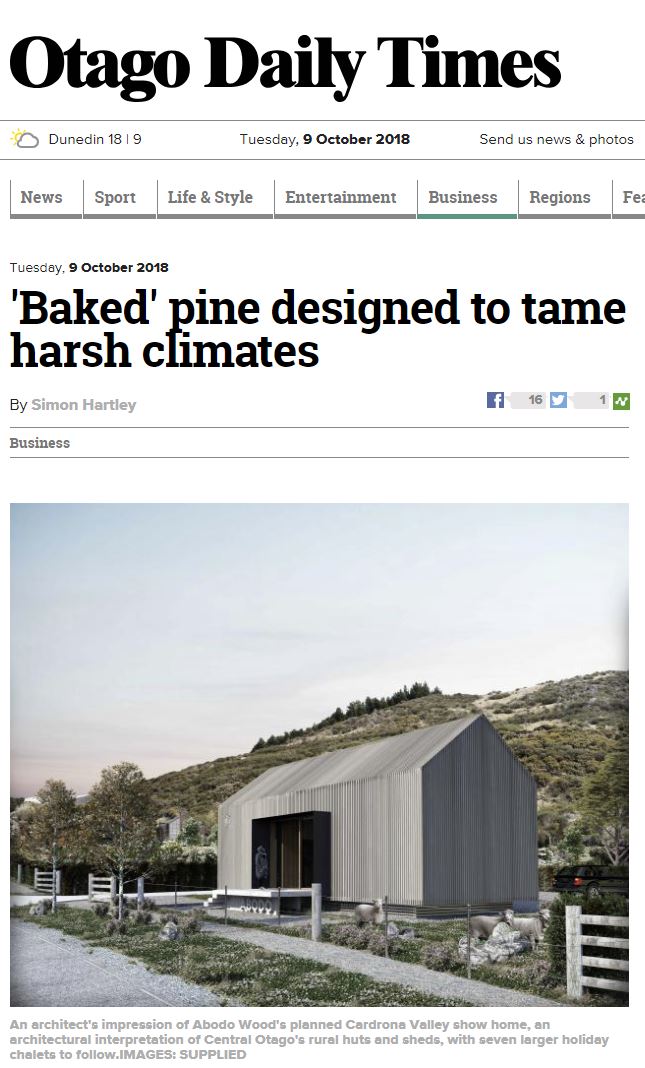 A $6 million development starting in the Cardrona Valley early next year is not designed to showcase holiday chalets but a new eco-friendly radiata pine product, used as cladding for both internal and external use.

Abodo Wood director Daniel Gudsell, of Auckland, said he expected it to take some time to build up interest and orders for the cladding but the chalet development would introduce the product to the market.

“We wanted something suitable for the dry and harsh conditions in Central Otago,” he said in an interview.

Builders would expect untreated radiata to last “only two or three years” outside, but Abodo’s “baking process” altered and strengthened the soft timber’s cellular structure, he said.

The process was developed in Finland more than 20 years ago.

Abodo steam-heats and “bakes” clear-grained radiata pine to about 230degC without the addition of chemicals, which doubles its stability and leaves it with just 7% moisture content.

It can be left in its chocolate coloured finished state or penetrating oil can be applied to produce a range of finishes.

The chalet development is using Arrowtown-based Assembly Architects and Mr Gudsell said local builders would soon be employed, while internal fittings would be made in a local joinery shop. 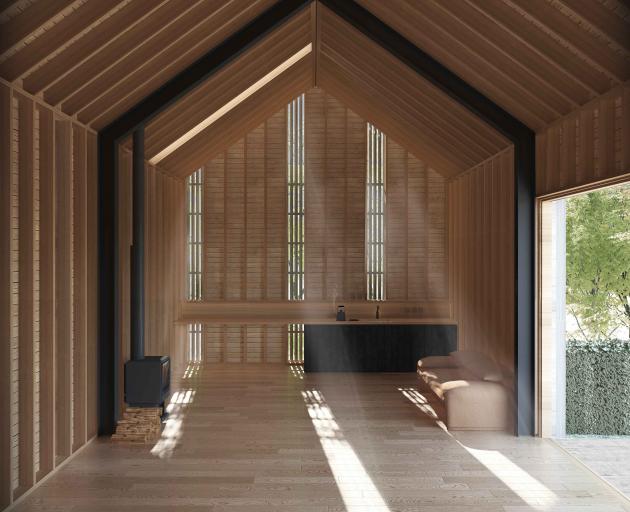 Aside from individual houses, it is Abodo’s first outright South Island development.

Abodo is an Auckland-based private family business, with a $45million annual turnover. It exports about 70% of its products to Australia, the UK, Western Europe and Southeast Asia.

Mr Gudsell concedes the company “is playing the long game” in the Cardrona Valley, in that new materials have to be seen to be working, and weathering local conditions.

However, he hopes the importation of Canadian cedar from 200-500 year-old trees will eventually diminish.

“People can see it [up] for two or three years and can then decide to take it seriously,” he said.

The Vulcan Cladding complies with the New Zealand Building Code, has a 15-year warranty against decay and is certified by the Ministry of Business, Innovation and Employment, under its Codemark programme.

Mr Gudsell wanted people to see that aside from being chemical-free, there was a local alternative to imported cedar that could withstand the harsh alpine climate.

He added most people did not realise much of the imported high-grade cedar was from old-growth trees, which had damaging ecological, economic and cultural impacts in the country of origin.

The first development phase in the Cardrona Valley will be a 102sqm show home, architecturally designed to evoke local farm sheds and huts.

After that will come seven stand-alone chalets of about 150sqm, each with three or four bedrooms. The chalets will be rented to visitors.

Some Abodo timber components were used in the construction of Camp Glenorchy’s sustainable cabins two years ago.

Mr Gudsell said there were no plans to sell the Cardrona accommodation chalets, as he wanted them to be a “showcase village” for Abodo’s Vulcan Cladding, which was also certified by the Forest Stewardship Council.

“It’s important people can see them over a period of time.”

He wanted to demonstrate how the New Zealand plantation-grown timbers performed in the challenging “hot one day, cold the next” Central Otago environment.

The more than 5000sq m block of land on Cardrona Valley Road is about three blocks away from the Cardrona Hotel.

Mr Gudsell hopes the company’s annual processed timber sales will almost double over the next three years, to about $80million. The United States will be the next offshore market to look at.

At present all the timber is from renewable North Island forests, but high inter-island transport costs already have Mr Gudsell considering buying South Island timber and having it milled locally.